In theory, if mines have an adequate amount of water available at the surface, water shortages and inconsistent flow should not be an issue within underground mining operations. Yet managing process water in underground mining is a challenge that operators regularly face. From water surges causing burst pipes and flooding to water shortages halting operations within the mine, water supply issues can have costly repercussions, to the tune of millions of dollars each year. Publications like Mining Engineering and Rock Products have recently highlighted a better approach to managing process water in underground mining. Here is a look at modern process water management solutions that are driving efficiencies in mines around the world.

To feed water to underground mining operations, shaft piping is used to supply water to the levels and base of the mine. Wayne Johnstone, Victaulic Sales Representative, and Marc Carriere, Victaulic Global Mining Manager, have seen the limitations of traditional methods for supplying water firsthand. “In many mines regulating PRV stations are installed at increasing depths allowing water to flow through each station, in what is commonly known as a cascade system,” Johnstone explained. “The challenge with these systems is that regulating PRV stations have a set output pressure, and should a pressure surge occur, may “hunt” to find the appropriate outlet pressure.  When these PRV’s are installed in a sequence, every subsequent valve will begin to “hunt” for their set pressure, creating a snowball effect that is difficult to mitigate.” The result of this is extreme water fluctuations within the mine, impacting operations, and in extreme cases causing a halt in production.

Yet Carriere and Johnstone note that challenges with managing process water in underground mining may also be rooted in the PRV valves themselves. At high flow volumes, many of the valves on the market today struggle with the valve bodies themselves beginning to act like a PRV. What this means is that rather than the actuator reducing pressure, the bodies will begin to restrict flow, dropping the pressure well below the set point of a valve. If a full underground system is being fed through these valve bodies, water starvation is inevitable.

Mines around the world are facing the above-mentioned water management issues. Yet when an issue arises during operation, the solution is to fix the problem using the same system components originally installed, placing a band-aid on the problem rather than addressing the root cause. Johnston and Carriere outline a better approach.

Moving from Regulating to Ratio

Noticing recurring issues with managing process water, mines have begun to deploy a new approach to their system installations. In place of traditional regulating PRV’s within the shafts of cascade systems, standpipes are being created using ratio pressure-reducing valves. Ratio valves operate on a fixed ratio pressure, eliminating the risk of “hunting” seen with regulating PRV’s while providing better control of column pressure. A second system is then created using regulating PRV’s to supply water to each of the underground levels, creating a more efficient and reliable system. As noted above, the system design may be one issue, but the valve itself may be creating inconsistencies in flow. Victaulic understands this, offering valves with “Y” pattern valve bodies that eliminate the risk of obstruction and water loss. In place of a traditional “L” shaped design which can create a blockage in flow, valves supplied by Victaulic have a consistent and smooth flow path, enabling the actuator to control water flow at any pressure. Utilizing these valves, Victaulic can design and deliver fabricated PRV stations, including both ratio and regulating valves, customized to meet unique system needs. Victaulic is partnering with one of the world’s leading manufacturers of advanced control valve solutions to redefine value for our customers. The use of HDPE pipe in mining applications is growing as is the need for a more efficient and safer approach to installation and maintenance. 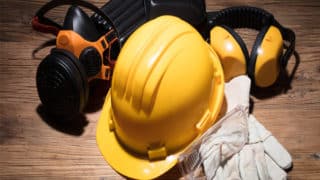 Mines are looking for ways to do more with less as COVID-19 mining safety protocols impact site operations to operate safely & efficiently.